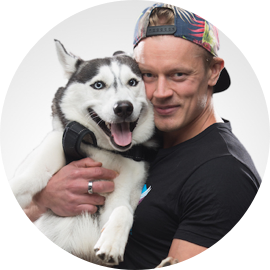 We have just wrapped up the very first Lean in Five Weeks Challenge in Finland and I have to say without sounding too subjective, it was sensational.

Firstly, the mother nature was on our side and we had absolutely stunning weather for each of the 10 sessions. Literally, I was hoping that we’d get heavy rain just for one morning so that we could observe if the team were still up for the challenge.

Personally, I have to admit that we took a risk to run the challenge in the middle of the holiday season. The question that we raised prior going ahead with it was, will Finns be up for the challenge and wake up at 5.00am to train during their holidays? Will people be away especially when the weather is that great? Further, I’ve been away for 7 years so where do I base my decision to run the challenge or not? Well, to my gut feeling and to my gut feeling only. It said to me very clearly, go and make it happen. The only way to found out anything in life is simply to try. Hence, we went for it all guns blazing (as you probably saw throughout the media from Facebook to Radio to news papers) and I can say it was the right call.

Surprisingly enough, Finns were up for the challenge. In fact, they were more than up for the challenge. They were absolutely pumped to get sand in their ears and sweat like never before on the beautiful beach of Hietsu. When I started to make the first phone interviews to choose the challenge team (=participants), I knew straight away that people were excited to come on board. Hence, I got even more excited myself.

We got the group to its capacity quickly and we were ready to rumble. From that on, it was simply amazing experience for everyone involved. The team bond and spirit grew every week to a point that members started catching up and training together outside our scheduled sessions. The attitude of all participants were so positive and optimistic that the coaching became an easy thing to do.

See, we weren’t giving anyone a quick fix or a some kind of magic pill that would make everyone sexy in weeks and kicking goals in life. Not even close. In fact, we specifically said in the phone interviews that this is not a quick fix but a platform for a fitter, healthier and better lifestyle in long term. There were few that clearly were after the ”next” miracle solution, but I had to be honest with them and say that this program probably weren’t the right one for them. That proved to be the right decision to make (even though one could argue it is bad business to turn people away) as we got a group of like-minded people who all wanted to achieve a better quality life in long term.

I personally love being around that positive atmosphere and energy where people want to change. I drive from it. In fact there were many nights I worked late on my future vision and got only couple of hours of sleep prior coaching the challenge team. However, once I got to the beach I felt like I just got home and didn’t even remember that I hadn’t sleep. It was amazing.

I established this program in 2011 and lot has happened till then. I’ve done my mistakes with it and I have to admit it wasn’t always this good nor yielded such great results. But I’m completely fine with it and enjoy making mistakes in life. it is crucial that you do your mistakes, learn from them and adjust things accordingly. Too many people start something and then throw in the towel when things don’t work. It is part of it. Nothing will work 100% for the first time.

Funny enough, exactly same principles apply to building your business as building your body. If you want to build a ”Rolls Royce” body, be prepared to build a long term vision and work extremely hard for it on daily basis. However, if you want to build a ”Toyota” body then by all means lift your feet on the table, relax and wait for the right moment to start a structured and effective program (hint: perfect time will never come). Our team all shared the vision to build a ”Rolls Royce” body and understood the implications of it. Hence we had a community of like-minded people rather than individuals trying to get in shape.

Here are the LIFW Challenge wrap up and results:

I am very proud to say that 100% of the team achieved results. I can stand by that statement 100%. It is not an ego boost for me to say that ”I did something like that” but it does give me this amazingly warm feeling inside when I know that our contribution and passion has had a positive impact to people’s lives.

Overall the fitness levels improved by 54% which is measured by comparing the total reps performed in the fitness test on week 1 and week 5 respectively. That alone is a record results in the lifetime of LIFW challenge. All up the team lost 72.4kg of body fat with an average weight loss of 3.52kg per member in the 5 week period which also are record figures. Just think of it for a second, we lost a person’s weight in body fat in five weeks. I think that’s absolutely amazing.

Furthermore, even though the direct results were outstanding, what also was absolutely amazing was the fact that we were also able to inspire people indirectly. For example, during the challenge I got calls, emails and text messages from members saying that their husbands, wives, partners, families and friends has lost weight and were feeling so much better since following up our nutritional guidelines. The message spread amongst friends and families and that what’s it’s all about. Making a contribution and helping others.

I want to mention few individuals from the group who showed enormous effort and hence achieved our huge achievement awards.

1. Juha Heiskanen -7.1kg and total transformation in lifestyle and appearance

Juha came to me to seek my expertise as he was getting ready for his upcoming wedding. I said let’s make it happen. Everything went according to plan and we achieved our weight loss targets. Not only that but it was amazing to be in the process with him and notice how his inspiration grew week by week as he started seeing result. Congratulations for an awesome transformation brother.

2. Reijo Häikiö (left) -4.5kg and an enormous change in lifestyle

Reijo certainly wasn’t the youngest team member, however his attitude and effort was nothing less than outstanding. He experienced some minor pains and discomfort with his knees and ankles during the challenge but that didn’t stop him at all. He was always proactively asking which exercises he can do instead and kept going. Also, he’s nutrition habits were totally transformed from the ”old habits” to a new better ones which he executed perfectly with his wife Tiina, who also was part of the challenge and who also lost 3.6kg of weight and transformed her lifestyle. Well done power couple !

3. Marica Järvinen (middle) -3.5 kg, -9cm from waist and always helping others with her positive attitude

I remember when I interviewed Marica to the challenge. I felt that positive and warm energy immediately even through the phone. I knew that we would need her as part of the team. She showed a solid work ethic where all home work missions were done on time, hence she lost 3.5kg as well as enormous 9cm off from her waist. Furthermore, she inspired so many others in the team for a better results with her own example so she deserved the reward.

It felt amazing but at the same time sad to wrap up this first challenge as we had an amazing chemistry within the team. That said, we continued

training with most of the team and are now working hard towards the next set of goals. Even though you can achieve great results in 5 weeks already, that has to be only the platform for a long term change that will last for the rest of your life. That’s the only attitude you can have. Otherwise you will give up sooner than later.

We are just putting the finishing touches to the next challenge that begins on the 9th of September in Helsinki (Liikuntamylly) and it will be an amazing program once again. Simply cannot wait. The circumstances will be different as we will be indoors which makes it even more exciting. New opportunities to make the program even more effective. Also, we will launch an online challenge at the same time giving people an opportunity to sign up and transform their lives regardless where in Finland they live. Therefore, we will have an extremely busy but rewarding September ahead and we are more than ready for it. Absolutely pumped for the next challenge.

Thank you once more for each and every single person that were involved in the first LIFW challenge in Finland. I mean the team members who made the whole challenge program so enjoyable to coach, friends and others who simply supported us with your awesome messages and love (it meant a lot) and lastly thank you to my head coach Markus Pöyhönen who showed enormous work ethic, positive attitude and team player spirit during the preparation as well as the actual challenge. Thanks bro.

If you would like to be part of the next Lean in Five Weeks Challenge and transform your lifestyle, we are taking initial registrations now at http://www.leaninfiveweeks.com/

Love your body, Live with passion and escape your comfort zone.